We had never seen one of these in the flesh until a couple of weeks ago, and now we have been asked to restore 3 of them! This one just needed a bit of tlc to the cushions and straps… The next two are tan in colour and require repairs, new latex foam cushions and a few buttons here and there. 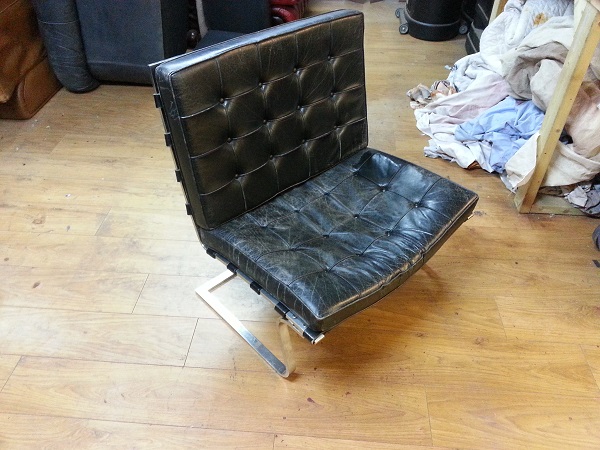 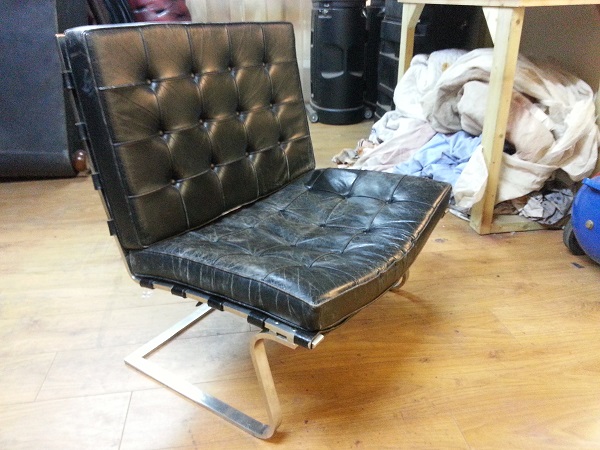 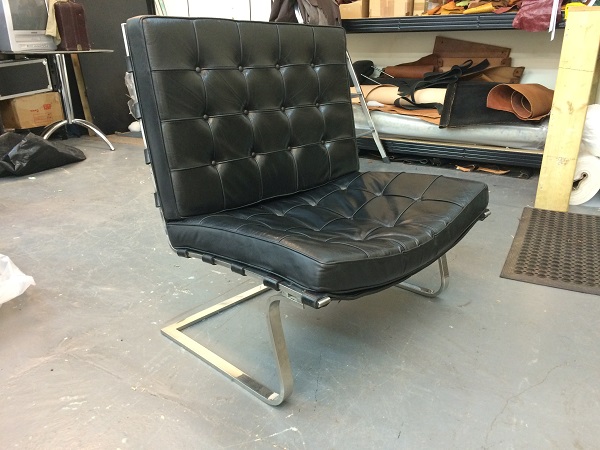 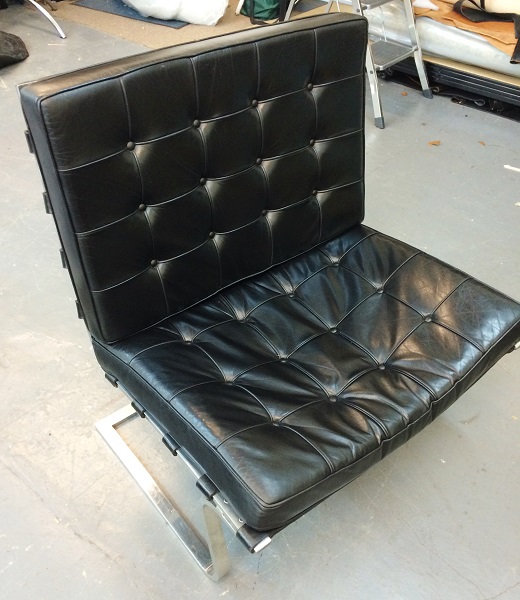 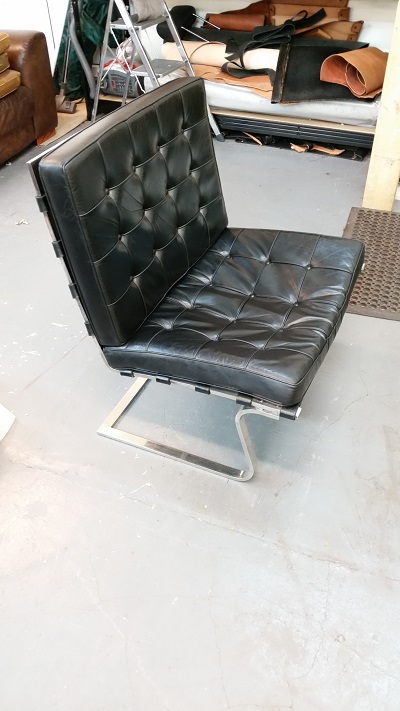 Here’s a bit of info about the chairs:
The Tugendhat is a modernist cantilever chair designed by Ludwig Mies van der Rohe in collaboration with Lilly Reich 1929-1930 for the Tugendhat House in Brno, Czechoslovakia.
The Tugendhat chair is somewhat of a hybrid of van der Rohe and Reich’s 1929 Barcelona chair and 1929-1930 Brno chair. Like the Barcelona chair, the Tugendhat chair has a large padded leather seat and back, supported by leather straps mounted on a steel frame and legs. However, like one variant of the Brno chair, the frame is flat solid steel, formed under into a C-shape under the seat to create a cantilever. Versions exist with or without leather-padded steel arms. The metal was originally polished stainless steel; modern examples are often chrome-plated.
It was first produced by Joseph Müller Berliner Metall-Gewerbe and was later licensed to American furniture manufacturer Knoll, who produced a limited number of the chairs with and without arms from 1948. Gerry Griffith in Chicago created examples in the 1960s for use in the United Airlines Executive Office.